The girl in the picture saddened by Facebook's focus on nudity

Kim Phuc is the girl in one of history’s most iconic war pictures. The photo played a crucial role in the campaign to end the war in Vietnam. But for Facebook, it is nothing more than a nude picture.

The Norwegian journalist and author Tom Egeland recently published the iconic picture, of the Vietnamese children running terrified and screaming in pain with burning napalm on their backs,on his Facebook wall. Facebook deleted the picture.

Facebook’s guidelines do not accept nudity. And in the picture, nine year old Kim Phuc is not wearing any clothes.

The Facebook censorship has led to a wave of protests in Norway and abroad. A number of people  have shared the pictures in protest, with Facebook continuing to delete the pictures. To re-open accounts, users have had to guarantee that there are no other nude pictures among their Facebook photos.

The Norwegian Journalism Association’s magazine Journalisten has also posted the picture on their Facebook wall, and has had it deleted by Facebook. The editor in chief, Martin Huseby Jensen is now asking other media outlets to share the photo of Kim Phuc. This is not about nudity, he argues. It is about freedom of expression, history and war.

Today the girl in the picture is 53 years old and lives in Canada. Dagsavisen got in touch with her through her organization Kim Phuc Foundation.

“Kim is saddened by those who would focus on the nudity in the historic picture rather than the powerful message it conveys”, writes spokesperson Anne Bayin to Dagsavisen.

Kim Phuc says that it has been painful to see the picture, but that it represents  an important moment in history.

“She fully supports the documentary image taken by Nick Ut as a moment of truth that captures the horror of war and its effects on innocent victims”, writes the Kim Phuc Foundation in a statement.

Ripped her clothes off

It all happened on the 8th of June 1972. South Vietnamese aircrafts,  supported by the US,  dropped napalm on the village Trang Bang, which was occupied by North Vietnamese forces.

Kim Phuc is hit by the burning substance, the pain is immense. The 9-year-old rips her clothes off, but the napalm sticks to her skin on her back, neck and on one arm. She is running and screaming.

A US soldier wants to ease her pain. He opens a bottle of water, and pours the water on her burning back.

– He didn´t realize that it made the pain much, much worse, Kim has said.

“The soldier” was the 21 year-old Vietnamese-born military photographer Nick Ut, who was embedded and worked for Associated Press.

" I said: 'Oh my God I don't believe she's burned so badly,'" Ut recalled in an interview with CNN last year.

The photographer could see her skin loosening from her back, falling off.

"I put my camera down on the highway and tried to help her", he says.

Then he poured water on her wounds, covered her with a coat and got her and the other children in his van to get them to a hospital.

While Kim Phuc is in the hospital going through several operations, the picture Nick Ut captured of her, running and screaming in pain, is about to change the world.

Initially, the New York Times editors don´t want to publish Nick Ut´s photography. The newspaper does not allow nudity, least of all frontal nudity. Nevertheless, after some discussion, the editors decide to publish it because of the public interest. Richard Nixon raises doubts about the authenticity, but nevertheless, the picture changes everything. Americans who have been supporting the war, is starting to question it. People are thinking: We can´t be responsible for this.

A lot of people believe the picture actually helped shortening the war, and thus prevented a lot of suffering.

For Kim Phuc everything was changed too. She spent 14 months in hospital in Saigon, before she could go home to her village. As the grew older, she chose to leave. She studied at a medical school in Cuba, and eventually moved to Canada.

In 1997, she founded Kim Phuc Foundation, an organization who gives medical and psychological treatment to children who are victims of war. This is what her life is about, and that is why the picture of her is so important.

This is what she said in a radio interview in 2008:

“Forgiveness made me free from hatred. We would not have war at all if everyone could learn how to live with true love, hope, and forgiveness. If that little girl in the picture can do it, ask yourself: Can you?" 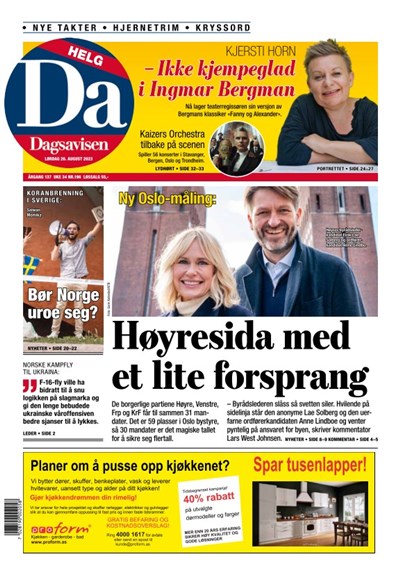